That’s exactly what happened a couple of months ago when my firm, Marrawah Law, was given the practice owned by Oliver Gilkerson, Gilkerson Legal.

The answer is that it feels amazing, humbling and exciting all at the same time. It also means that Queensland can now lay claim to one of the largest 100%-owned Indigenous law firms in the country, thanks to Oliver’s generosity.

But this article isn’t about Marrawah Law’s good fortune. The aim is to salute one of the best practitioners I’ve ever met, and also to show how Indigenous reconciliation can benefit your firm.

Oliver will likely cringe reading this in his semi-retirement, but from his 30 years of legal work, he has earned the highest respect from both clients and his legal colleagues and adversaries as one of the best Indigenous law experts in the country.

Having been on the other side of the ledger from him on more occasions than I can count, I can say that he is formidable. His near-encyclopaedic knowledge of property law, savant-like ability to fill a work day with billable hours, unfailing tenacity and knack of thinking outside of the square make him a technically superior lawyer.

His decency, his integrity and level of care, particularly of Aboriginal and Torres Strait Islander people who have always and often still are bullied and bamboozled when confronted with legal issues, make him and unquestionably decent practitioner.

It was in March this year that Oliver invited me to a lunch apropos of nothing when he asked if I’d accept the gift of Gilkerson Legal so he could slip off into semi-retirement.

He said that he made his decision off the back of hearing that I’d sent flowers to an opposing solicitor because I knew they were having a terrible time. When things aren’t going well, the legal profession can be a lonely and horribly dehumanising place and even though we were on different sides of the ledger, I thought the gesture would help in a very small way.

He told me those flowers, along with how Marrawah did business the “right way and not the easy way”, cemented his decision to hand his clients across. But for someone to hand over a lucrative and long-standing practice for nix indicates something more.

I think the unspoken third prong of Oliver’s decision was that much-bandied and often-misunderstood thing called Indigenous ‘reconciliation’.

The other view of reconciliation

Australia’s ‘official’ reconciliation process began in 1991 when the Royal Commission into Aboriginal Deaths in Custody showed the world what Aboriginal and Torres Strait Islanders have always known – that despite Australia cloaking itself in the virtues of the rule of law, mateship and a ‘fair go’ for all, underneath ran a deliberately-hidden dark thread of persecution and exclusion of ‘outsiders’, specifically, Indigenous people.

Since the reconciliation has taken on many shapes and forms all around the rubric of the definition of the word ‘to re-establish friendly relations’ by attempting to deal with Australia’s elephant in the living room, its treatment of its Indigenous people. That’s included admitting Australia’s hidden history, appreciating the value of Aboriginal and Torres Strait Islander cultures and addressing disadvantage that are still endemic today.

While these atonements are necessary, I believe the greatest value that reconciliation has to Australian society is the more challenging and ultimately more beneficial permission of allowing Australia to deal with its own cultural superiority complex.

Reconciliation isn’t a beating up of the psyche; it’s an opening up. While uncomfortable and challenging, by developing a stronger understanding ourselves, our biases and motivations, we become more respected, we grow, and we learn. And that’s on a personal level, on an organisational level, and ultimately nationally.

The real value to your firm

This sort of thing is now happening in the legal profession, with firms including Norton Rose Fulbright, King and Wood Mallesons, Allens, DLA Piper, Herbert Smith Freehills and Corrs, which have all adopted reconciliation actions plans (RAPs) into their corporate growth and personality structures.

All are now driving interaction with Aboriginal and Torres Strait people on a host of practical and meaningful levels. Recognising their value, Queensland Law Society launched its own RAP program to encourage the greater profession to begin engaging with reconciliation in 2017.

Having these RAP marks firms as good corporate citizens, but I’m hearing that their value is well beyond titular. For starters, they are helping Indigenous communities by engaging with them.

And for the firms themselves the benefits are broader than you’d think. Externally, they are more attractive to socially progressive clients, as well as big corporates that are increasingly demanding RAPs and Aboriginal and Torres Strait Islanders themselves. Nuanced international clients, aware of Australia’s inglorious past, are also taking note that these firms have the wherewithal to want to have meaningful cultural connections and respect: both handy attributes for foreign business.

Internally, changes are also happening. Employees from the staff to partners are developing deeper, more meaningful understandings of Aboriginal and Torres Strait Islander cultures. They are given the space to safely question their own cultures, and in the process see how things can be thought of differently and how to deal with different cultures appropriately and openly. All are subtle but significant mind shifts that can make for better, more creative decision-making and ultimately happier clients.

So here’s my challenge to you. Improve your practice by engaging in some form of reconciliation and see how you’ll not only help Indigenous people but your business itself.

Learn about Aboriginal and Torres Strait Islander cultures. Unpack and confront your own opinions and beliefs and see how you’ll be better for it. A practical way is engaging with Indigenous businesses or employing Indigenous legal staff.

Make every dollar that your firm spends count. Consider who does your catering, your office supplies, your office art, building fit-outs – whatever is needed to make your business tick – and ask if you buy from an Indigenous business. Commercially you’ll be supporting Indigenous people and instead of giving a handout, give a hand up.

To connect with Indigenous businesses, have a look at Supply Nation, a nationally accredited scheme that links businesses to Indigenous-owned or operated service providers and manufacturers. See supplynation.org.au . Finally, think about developing your own RAP by going to reconciliation.org.au and get that corporate goodwill the others have.

It’s these small acts that directly build and help our country as a whole to become a better place by accepting the oldest civilisation on Earth into our cultural fabric instead of rejecting it like it has been done for so long.

Leah Cameron is the owner and Principal Solicitor of Marrawah Law, and is a Palawa woman from Tasmania. Mike Butler is an Aurora Project intern with Marrawah Law. He is a Murri man living in Sydney. For more information on engaging with Indigenous law students with the Aurora Project, see auroraproject.com.au 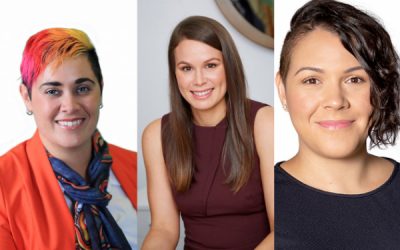 A Salute to Indigenous Women Lawyers

The overwhelming majority of my staff are Indigenous women. While I’ve made deliberate decisions to employ good Indigenous legal people, I’ve never had the intention to preference women. The reality is that’s how it has worked out for me.

END_OF_DOCUMENT_TOKEN_TO_BE_REPLACED 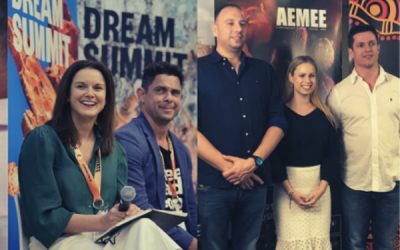 I’m the owner of an Indigenous firm and because I’ve been seeing it happen, it always surprises me when I see other businesspeople oblivious to one of the fastest growing sectors in the economy.